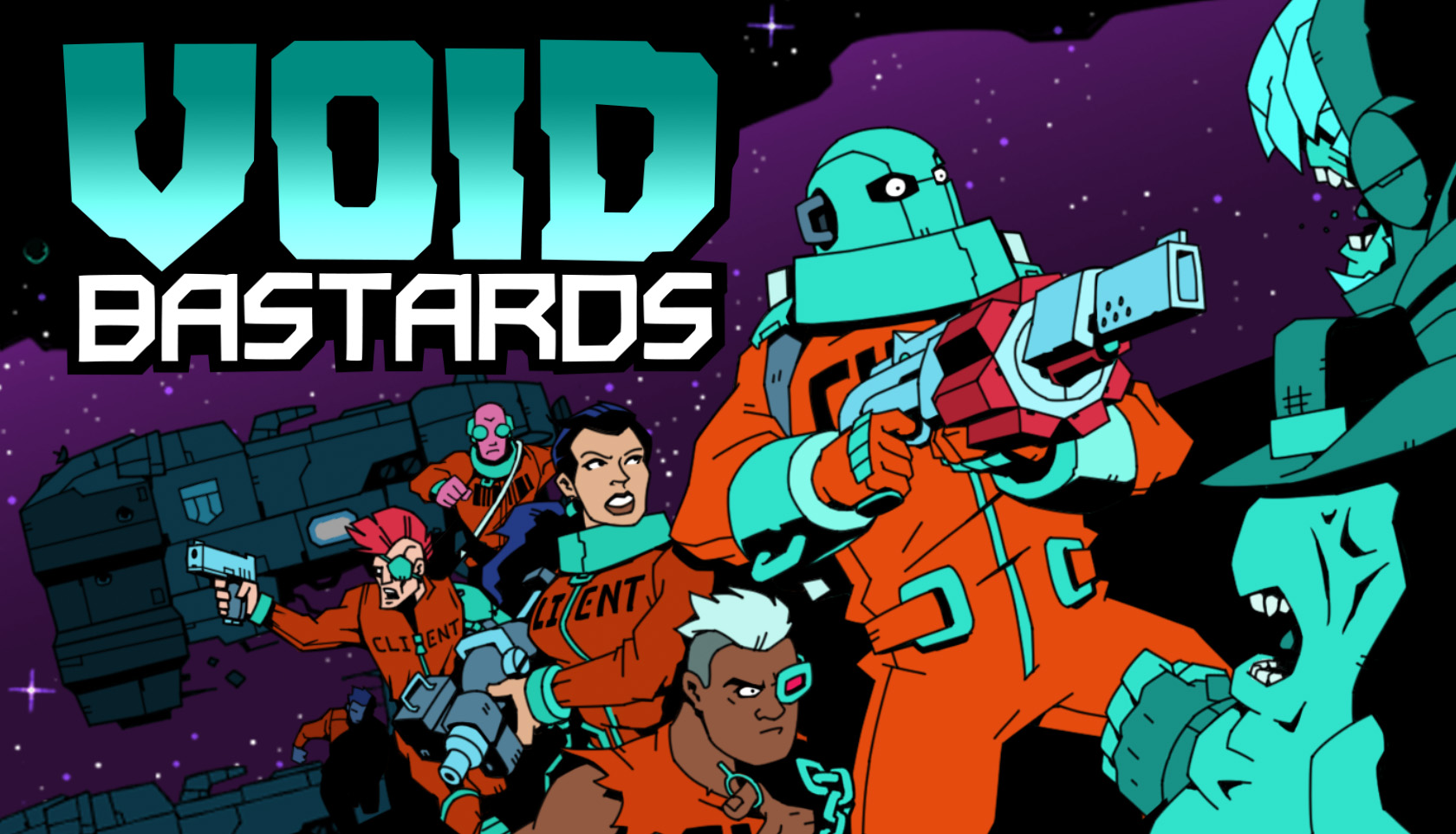 Playing a convict aboard a prison spaceship it is your job to navigate the so called Void Ark out of the Sargasso Nebula because all of the crew was killed by pirates. They also stole everything you need to activate the FTL drive and escape this peculiar situation. Resources will come directly from the other stranded ships. At this point the game combines first person shooting with strategic and stealth elements.

The resource management is nicely complex and deep. Not only do you need to find parts to build the next thing to start the FTL drive - at the beginning a citizen card - but also to build new weapons and gadgets. Every unwanted part can be recycled into five basic resources. These in turn can be later used to craft new and needed parts. Starting you off with just a pistol there are quite some things to unlock. From Kitty bot that will distract enemies to obligatory updates for health and oxygen to the Rifter that you handley deposits an enemy in a pocket dimension. There is also food and fuel to manage. Every jump consumes one fuel and one food - which in turn regenerates a bit of health. And with some ships not featuring any fuel a route needs to be planned accordingly as the consequences of being stranded in many cases will be death. Obviously than ammunition isn’t common and found in every corner. But especially with some updates you craft I did never have much of a problem with it. Every ship brings with it different resources and parts but also enemies. These make every ship a unique risk. The enemies - twisted by the nebula - pose unique danger that will determine whether you survive the trip to the ship or not. There is a balance to be struck between how much ammo and health you trade against whatever parts the spacecraft holds. Some ships will pose less of a threat and you will be nearly free to salvage everything. Others will be way riskier. Either because of tougher enemies, hazards like radiation leaks or the security systems on the ship. Sometimes it is best to leave the ship with less but still alive. There is quite a high strategic element to the whole game then. Even heightened by the fact that on route to the next ship void whales and pirates can attack you. Before the player enters a ship they are able to see the layout of the ship and what enemies are on it so you can plan your approach and which weapons to take with you.

Every time you die than a new prisoner - or client how the supreme dark humor of the game calls them - is rehydrated. They are presidualy generated as are the ships with different traits that can be negative. Maybe you play a smoker that coughs at a random interval and alerts enemies. Or it is a positive trait and the new client is better at aiming. These traits distinguish the different characters a bit, but their influence on the game can be quite miniscule. Void Bastards sees the player of than with every part and resource except the ones found on the last ship the player died on and quit light of fuel, food and ammo. Also the player will find himself on a deeper level of the nebula. At some points on higher difficulties it can also feel like you are set out to fail and you start out after a death with only ships full of screws - one of the toughest enemies in the game - and your new character is a goner the second you set foot on the ship. That was especially the case in one of the challenge runs I did, which ended in quite tidiesly. And while these challenges give some replayability as do higher difficulties, it is still the same story light game with the same goals, with little variation. The runs are with a bit over 10 hours way longer than for example the ones of for example Dead Cells. Still I can see myself do another run in the future.

Void Bastards is many things. One of them is absolutely stunning. The cel shaded comic book style features brilliantly popping colours. The spaceships are inhabited of quite interestingly designed enemies with the void outside being breathtakingly making you feel the emptiness and darkness that could await you there. Also the smoke and fire are quite nicely animated. But the art style is also incorporated into the game itself. The cutscenes are substituted to comic book panels that tell the story with little animations. These animations can also go a long way to conveying the feelings of the clients apon the next setback. Also and even more importantly onomatopoeiae are used to inform you about enemies behind doors. As you can see the noises they are making behind these closed doors. Therefore you might not run into a room full of screws. But also it can be helpful to find out if the enemy has already exploded and the room is now safe to enter.

While the story is a let down with just a setup that is broken into parts by the next thing you need to build, Void Bastards is a fun game. With a unique visual style and an interesting mix of first person shooting and strategie, it is a game worth playing. Even with a lack of replayability

(I did just review the base game not including the dlc. And while to my understanding the dlc adds some more variety with a new weapon, enemy and ship type the core game is largely the same.)