Disclaimer: I don’t play racing games often, except for Mario Kart. But from time to time I get the craving to race. And as it was time for Christmas, and I bought Need for Speed Heat as a gift for my brother, I tested the game. To further get something out of this a year old game, I decided to write a review on it. Also there will be spoilers for the story - but don’t fear, because it is not the main focus of Heat. 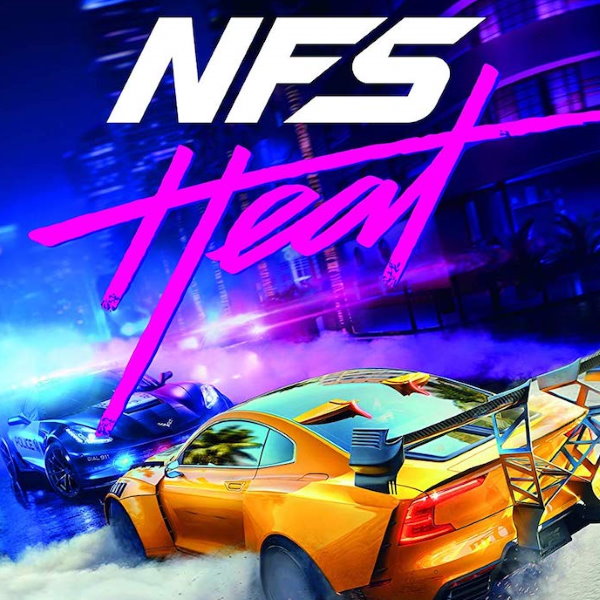 Coming to Need for Speed Heat a year later, it is quite easy to address the big money elephant in the room. No, there are really no new micro transactions in the Game. You can buy some cars and reveal all collectibles on the map.

Heat is a mixed bag as a game. There are some enjoyable elements to it, but it is hindered by some other poorer design decision. When you start the game up, the story jumps in your face with all it’s stereotypes. Apparently crooked cops really want to kill the street racers. And that is all the story is about. With no motivation at all, just because you are there, you must expose them and take them out with your “Crew”. One of these cops of course is a total maniac and all of them steal race cars to sell them. The main missions are mostly setpieces, but these are neither fun nore gripping. It always begins with a race, and then switches to you needing to take out a cop car. Mostly while the cop or multiple of them try to take out one of you crewmembers. But the controls are not refined or precise enough. So you will often just miss the car you are supposed to take out. All the while one of the NPCs sasses you, because you are apparently bad at the game. Sass is what most of the characters are about. In one of the races - also a story mission - I had to put up with the bad, cliché dialogs on repeat. Yes, I could have muted my TV. But why did I listen to the characters' clunky banter and had to hear rude comments, when I wasn’t winning or I actually lost? Because especially the drifting didn’t really stick well with me. For one a real tutorial for it cames way later in the game. Still that will not make it feel less unresponsive or easier to pick up. For a game, that is not a simulation racer, it should be easier to drift. Therefore it didn’t surprise me that there is no need to participate in drift races to progress in the main mission or the game itself other than, if you want to complete it 100% oder go after one of the “Driving Stories”.

The game sees the player participate in both night and day races, more on that later, and while the day races only feature other racers, at night there are also non race drivers out and about. The backlights of your competitors are brighter so, leading you to being abel to distinguish them better. The normal cars are jet again just a roadblock. As all they do is stop you if you drive into them, and honk at you. Them are utterly nonchalant about being hit by a car with a speed of 200 km/h and will not call the cops. They are the same stil of indifferent and with out consequences as the outside appearance of your car after the same crash.

Progression slowed by the next roadblock

But even if you don’t care for the story - it is barely there, so who should blame you - your progress will be hindered in every step. There is a progression loop to the game, that can be a bit hit or miss - for me it wasn’t that engaging. The two game modes are separated in day and night, with the time locked while you drive and race. At day you will race in sanctioned events to earn money - which the game calls “bank”, because it has to. It is cool and edgy, don’t you see that?

At night you will race to heighten your reputation. These races are illegal and the cops will try to stop you. Per race you get a certain number of reputation, which you can then multiply at the end of the night with your heat level. But that is a tricky thing to do. The higher your heat, the higher the police presence, the harder it will be to get to a savehouse with all your winnings of reputation intact. If not you lose the multiplier but also a lot of your money. It is high stakes and high rewards, but I did not feel like it was a risk worth taking. Except that Ana, one of the members of your crew, will make a sassy remark for you not raising your reputation more. But playing it safe is not the way to go, or at least not how you will really make any progress. Sometimes the end of the night sees you take part in “car stealth”, with one accasion at the end of an story mission leaving me with only one path to success: Driving into a corner behind a building where the cops would not follow me and wait. I waited, as they seemed to not be able to find me, but they didn’t leave. I drove out of the corner to let them see me again and back into the corner. Eventually they disappeared and I could sneak out of there. In conclusion the nights are a good idea, that is undercut by some poorer mechanics. (Also don't ask me why there are even illegal races at night, when you can race all day and the howl city is about racing.)

The two ressources, money and reputation, are directly connected to the loop of the game. You start with a set number of cars, and parts for them, and races at night and day. While you need money to buy cars and parts, reputation and your level of that is the main mechanic to unlock new options in this game - for everything of the above mentioned. If you race at day you will eventually come to the point, where you don’t have any new races or the performance level of the few left is to high. Your car will be maxed out and a better can not be bought. So without a higher reputation to unlock new cars and parts you will hit a roadblock. If you then have enough reputation to get a new car, you probably don't have any money, either because you lost it when you were busted by the cops or all is invested in parts and cars to not get confiscated by the same cops. The loop then begins a new, and it can be unengaging. In past NFS games you could win cars from opponents or find them parked around the map, all Heat has to offer you is a dealership to buy cars - and some specific parts you get from driving stories.

Some of the progress is implemented well. Collectables, and different races will be unlocked over time. Races through the driving stories which unlock Off road and drift races, while the different challenges like speed traps and long jumps get added over some playtime. You will crash through billboards, street art and flamingos as main collectables. To find and mark them on your map you just need to drive by them - as easy as that (or pay about 5€/$ for it). These neon-sign pink birds are also part of the strangest dialogs I have ever heard in a video game.

NPC: “Hey, did you lately see pink flamingos in the city?”

NPC: “Really? I thought I was going crazy.”

PC: “I usually just drive through them. You should try it some time.”

Note, that this quote may not be 100% accurate, but probably just because I was to shocked before I made a note of it.

Need for Speed gives the player a variety of race modes to choose from, a lot of possibilities to customize a variation of cars (I may add that to me a lot looked the same, but that is the way modern sport cars are, when they came out of a wind channel. You can drive an old VW beetle). But ultimately the game is let down by inaccurate controls, a feature that is ultimately not that engaging, while hindering the progression, and a story that misses every beat it tries to take.

Ultimately it is a game that can bring some enjoyment if you like cargames but should be best played in short play sessions and with no hopes for a good story.

Just another bit about the game: The night did see another problem for me: after some time my eyes began to strain. When I turned off "some blinking light effects" (description of the game) it gotten better. Also I still found it hard to make somethings out and judge distances and where the quit passiv NPC non racing drivers actually where - this seemed to be mostly about me and it therefore did not contribute to the overall game, and is merely noted here for people, who have similar problems in other games to be wary of that.